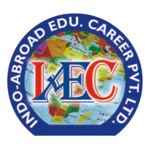 Success, it’s not always What you see

WHY STUDY IN THE RUSSIA?

Americans have always been fascinated by Russia. Perhaps it has something to do with the vast size of the country and the multitude of peoples and cultures contained within its borders. Maybe it’s because of the often tense relationship our governments have had with one another, and the ways in which that has affected the everyday lives of citizens of both countries. More likely, of course, it is the greatest movie ever made, Rocky IV, and the epic battles he had with Ivan Drago, killer of Apollo Creed, staunch supporter of the Communist system, and hubby of the character played by the former Mrs. Flava Flav, Brigitte Nielssen.

The culture itself is notoriously difficult to make generalizations about. From Muscovites to the residents of Saint Petersburg, from the people living in the breakaway republics of the former Soviet Union to those in the far reaches of Siberia, the diversity of cultures and ethnicities is nothing short of dizzying. This, of course, makes perfect sense when the sheer size of the land itself is considered: It ‘stretches over a vast expanse of Europe and Asia…[and covers] an area of…6,595,600 square miles. [It] is the largest country in the world (by land mass), covering almost twice the territory of the next largest country, Canada.’ For the sake of comparison, the United States is 3,718,711 square miles.

Since the breakup of the Soviet Union, Russia has officially been known as the Russian Federation. Within its borders, which stretch from Poland in the West all the way over to within several miles of Japan in the East, Russia is home to an astounding variety of peoples. In fact, ‘As of the 2002 census, 79.8% of the population is ethnically Russian, 3.8% Tatar, 2% Ukrainian, 1.2% Bashkir, 1.1% Chuvash, 0.9% Chechen, 0.8% Armenian. The remaining 10.3% includes those who did not specify their ethnicity.’ These include, among many others, Germans, Azerbaijanis, Inuit, and Uzbeks. What is truly amazing, however, is that all these people with all these varying backgrounds have one official language: Russian. Of course, on a practical level, many languages and dialects are spoken in the various regions throughout the country.

Students studying in Russia can expect to have any number of experiences in Russia. After all, saying that there is but one Russia to get to know is like saying that every part of America is exactly the same, from California to Montana to Rhode Island. But whether you visit the beautiful imperial city of Saint Petersburg, wandering the same charming streets that Tolstoy wrote about and marveling at the baroque architecture, or if you spend your time in Moscow, the capital city of this mighty nation, you are guaranteed at least one common experience: An exciting, eye-opening time participating in an interplay of the past and the present that is unique in the modern world.

Students typically gravitate toward the two biggest, and aforementioned, cities of Moscow and Saint Petersburg because of the fascinating history and concentration of educational institutions. Top-notch universities include the Moscow State University and the Saint-Petersburg State University, though there are innumerable others from which to choose.

In the end, of course, it all comes down to what kind of experience you’d like to have, and the choice of whether to attend an urban or rural school is much the same as it is in America. But the benefit of studying abroad in Russia is clear: You will be attending school in one of the most complicated, beautiful, important countries in the world, and as a result, your understanding of the world and the ways in which it works will prepare you for a future in which anything is possible. Live Chat With Us On Whatsapp